Luotuowan Village is located deep in the Taihang Mountains, a national-level contiguous destitute area, with a total area of 34,000 mu (2267 hectares), of which 990 mu (67 hectares) are arable lands, and 22,000 mu (1467 hectares) are mountainous areas. Due to the barren land, inconvenient transportation, poor natural conditions and resource endowment and a single source of income, it was difficult for villagers to increase income through agricultural or working in other cities or nearby provinces. The village was a typical poor village located in the old revolutionary base. In 2012, per-household income of the village was at around 2,000 to 3,000 yuan, and per-capita income was only at 950 yuan. In 2014, among 563 villagers in 245 families, 407 in 190 families were registered as poor, and the poverty incidence was at 72.3%. Since President Xi Jinping inspected the village, all the villagers followed his words, proceeded with confidence, worked hard and shook off poverty at the end of 2017. In 2019, per-capita income of the village reached 13,620 yuan, 14 times higher compared to the 2012 data. 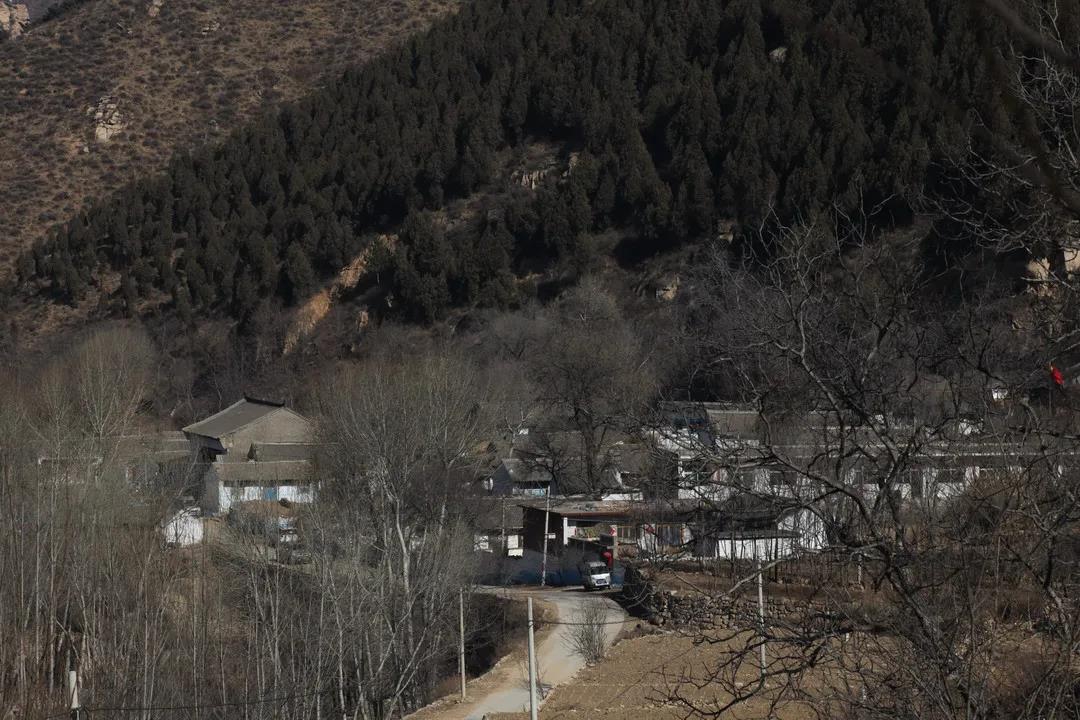 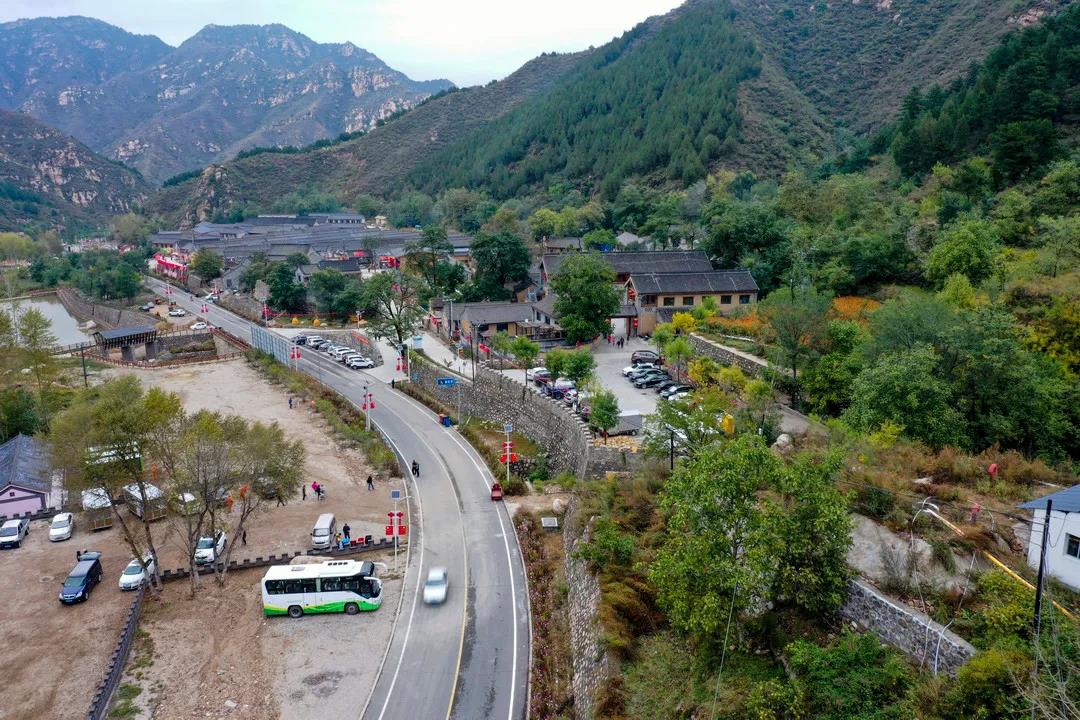 The village develops integrated industries based on its resource endowment to increase farmers’ income, and it mainly focuses on the development of three featured industries.

First is edible fungi planting. Following the principle of using lands according to their specific conditions, namely selecting different types of lands for grain planting, fruit planting and economic use, the village carried out comprehensive industrial planning and land use planning. It transformed 200 mu (13.3 hectares) of barren mountainous lands and benchland into 75 edible fungi greenhouses and adopts an operational model featuring six uniform facets and one household-based operation, namely uniform planning, uniform construction, uniform management, uniform sales, uniform brand and household-based operation. With this, the village can plant 1.17 million sticks of mushrooms annually. 12 local families have contracted 36 greenhouses, each of which can create over 30,000 yuan of profits; 26 local villagers work in the greenhouse, and each of them can earn 12,000 yuan; 58 households have had their land transferred, and each household’s income has increased by 3,200 yuan through the transfer. Thus, villagers’ income increased.

The second is the forestry and fruit planting industry. The village fully utilizes the barren hill resources, and adopts a “company + household” model to develop the forestry and fruit planting industry. 700 mu (46.7 hectares) of land was transferred, covering 147 households in the village, in which 132 were registered as poor households. The land is used to plant apple, high-quality walnut, cherry and undergrowth herbs. Over 60 villagers, including 22 registered poor villagers, are employed to apply fertilizer and kill weeds in the orchard. Thus, households earn income from three channels, namely rental of 1,000 yuan per mu per year for irrigated land, dividend in which after three years, the company and the household share the dividend on a fifty-fifty basis, and wages from work.

The third is featured ecological tourism. While making good use of the land resources, Luotuowan Village takes advantages of the transformed new environment and its location near the 4A-level scenic zone of Tiansheng Bridge Waterfalls. It rents 68 guesthouses at 100 yuan per square meter and develops over 20 leisure tourism destinations, over 40 types of snacks and 249 beds. Professional management groups from Gujiatai Tourist Group and Humble House Group provide uniform operation services. 95 villagers are employed in the tourist sector, including 24 from Luotuowan Village, in which 20 are registered as poor people. Since the opening of the tourist site on May 1, 2019, it has received 200,000 visitors, held various art performances, sport competitions and other major events and gathered popularity. Because of this, it made Luotuowan an ecological tourist destination. 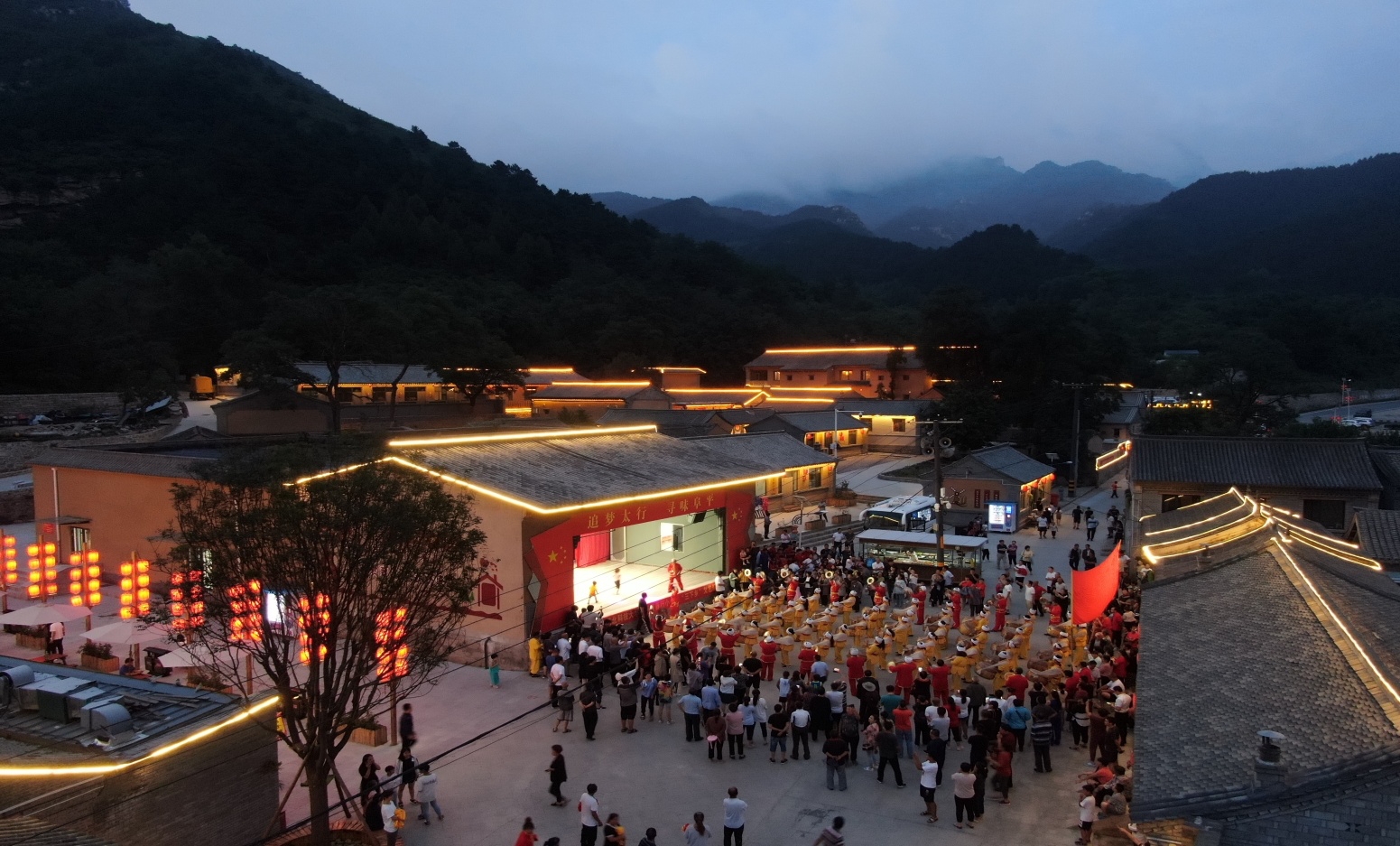 As the first poor place President Xi Jinping visited after the 18th CPC National Congress, Luotuowan Village has drawn attention from all walks of life. Luotuowan Village upholds the old revolutionary base’s spirit of not fearing hardship and the spirit of pioneering an enterprise with painstaking efforts in the new era, pools resources from all levels, focuses on key issues hindering “two assurances and three guarantees”, gives play to village grassroots CPC organizations, and leads the masses to make real efforts and creates an atmosphere featuring harmonious customs and solidarity between cadres and the masses. Thus, the outcome of poverty reduction is improved.